For years, there has been a debate between Harley Davidson and Honda motorcycles. Which one rides better? Which one looks better? What brand is more popular? Although both are two major name brands in the motorcycle industry, there are huge differences between the two. 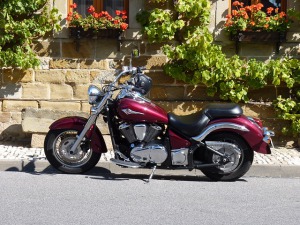 When it comes to building a motorcycle, Harley Davidson bikes are a lot slower at implementing changes to new designs than Honda is. Hondas are more tech savvy and incorporate the latest technology in order to improve their performance skills. Harley Davidson doesn’t do the same amount of research and they are not interested in following the latest trends.  However, they have almost a cult following by having style and personality.

As far as fuel efficiency goes, Harley motorcycles are known to be gas guzzlers. They are expected to have you visit your local gas station more frequently than any other motorcycle name brand. Hondas, on the other hand, can run a lot longer per gallon, due to the technological upgrades they have integrated.

Many brands have tried to emulate Harley though, the sound and feel of the road are something hard to emulate.

Looking to Sell Your Harley or Honda?

As we said, there are many differences that distinguish Harleys from Hondas. The choice is yours. Do you want to own the American made bike with the loud recognizable sound or more state of the art trendy ride? You may even own one and want to try the other. If that is the case, maybe we can help!

If you are looking to sell your Harley Davidson or Honda today in California, please do not hesitate to contact us or fill out our free quote. We have cash in had ready to pay and drivers nearby to pick up with no delivery charge. Sell Motorcycles for Cash has been buying and selling motorcycles for decades. We look forward to hearing from you soon.